Welcome to the Knights of The Sky WikiEdit

Knights of the Sky is a browser based RTS game released Jan 13th thru 15th in closed beta by Atlusonline games. Open Beta opened on February 9th. In this game you gather resources, hire heroes, recruit troops, and fight in battles where you can manually control each of your units yourself, much similar to the combat system that Heroes of Might and Magic utilizes. In the beginning you choose your allegiance, either Empire or Federation. Although matched in stats, they use different stylization of troops. Each side has 6 types of units, infantry, archers, cavalry, flyers, mages and golem/mech tankers. Each type of unit has 3 tiers or classes of troop currently. Troops are led by Heroes, which are customizeable in stat growth and range in special innate abilities which further allow specialization. As you build your Sky-Castle (Which can move around freely, totally awesome right?!), you also expand your army, your array of heroes, different technologies and magics in your quest to expand the kingdom.

Each Kingdom, Empire and Federation, vie for control of valuable resource enriched lands. There are several territories and cities that can be claimed through conquering. At first most of the land is inhabited by NPC's, but eventually the yellow lands turn to red and blue only. Borderlands are raided by opposition in attempts to seek liberation and control over the resource rich deposits. Players must strategize and cooperate together as a kingdom of guilds, or be defeated due to discord and dissension. In the end, only one kingdom can Reign. Which side will you be on? 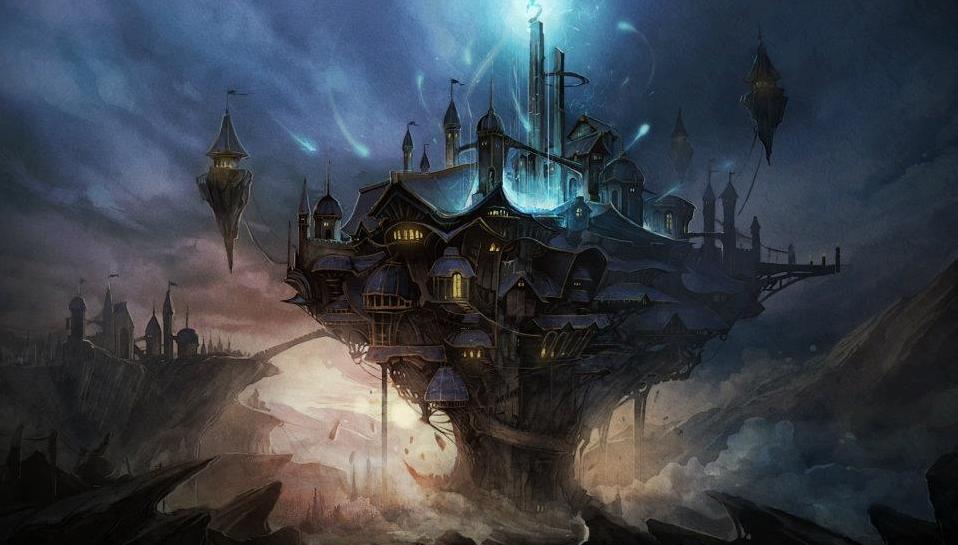 Retrieved from "https://kots.fandom.com/wiki/Knights_of_The_Sky_Wiki?oldid=4226"
Community content is available under CC-BY-SA unless otherwise noted.